Home / Blogs / Of music, textiles and the written word

Of music, textiles and the written word Oseredok Ukrainian Cultural and Educational Centre is pleased to present a public lecture on 18th century Ukrainian composer Maksym Berezovsky and his newly discovered scores.
The lecture will be presented by Prof. Mstyslav Yurchenko, musicologist from Kyiv, and will include an audio presentation.
Admission by donation.

If colour and design in textiles attracts your attention, then this exhibition will pique your interest!
The range of ornamental motifs on both kylymy and rushnyky, from geometric to floral, and the selection of colour reflect regional preferences. Whether woven or embroidered, kylymy and rushnyky had both a utilitarian and a ritual function. As ritual objects, they had a role to play in important rites of passage, such as birth, marriage and death. As utilitarian or decorative objects they reflect the particular aesthetic of the artisans who created them. 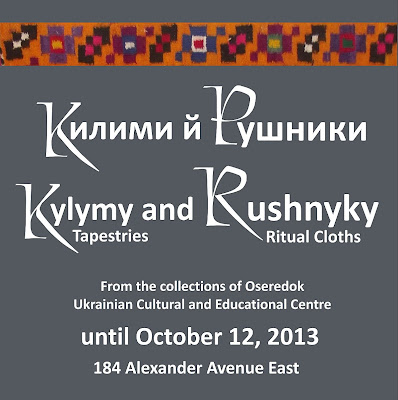 Make sure to join us Saturday, October 5, 2013 for the Winnipeg launch of Alexander Motyl’s newest book “Sweet Snow”.
Alexander Motyl is a writer, poet and political scientist, working in New York.

Dr. Alexander Motyl is a scholar and an artist. By day he is a professor of political science at Rutgers-Newark. A specialist on Ukraine, Russia, and the USSR, and on nationalism, revolutions, empires, and theory, he is the author of 10 books of nonfiction, and a contributor of dozens of articles to academic and policy journals, newspaper op-ed pages, and magazines. He also has a weekly blog, “Ukraine’s Orange Blues.”

By night Motyl is a novelist, poet, and painter. His novels include Sweet Snow (Cervená Barva Press, 2013); My Orchidia (BrickHouse Books, 2012); The Jew Who Was Ukrainian (Cervená Barva, 2011); Who Killed Andrei Warhol (Seven Locks Press, 2007); Flippancy (Cantara Books, 2007); and Whiskey Priest (iUniverse, 2005). His poems have appeared in Counterexample Poetics, Istanbul Literary Review and New York Quarterly, and he has performed his fiction at the Cornelia Street Café, the Bowery Poetry Club, and the Ukrainian Museum in New York. 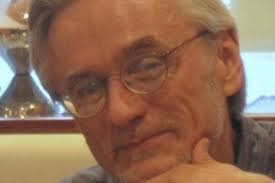